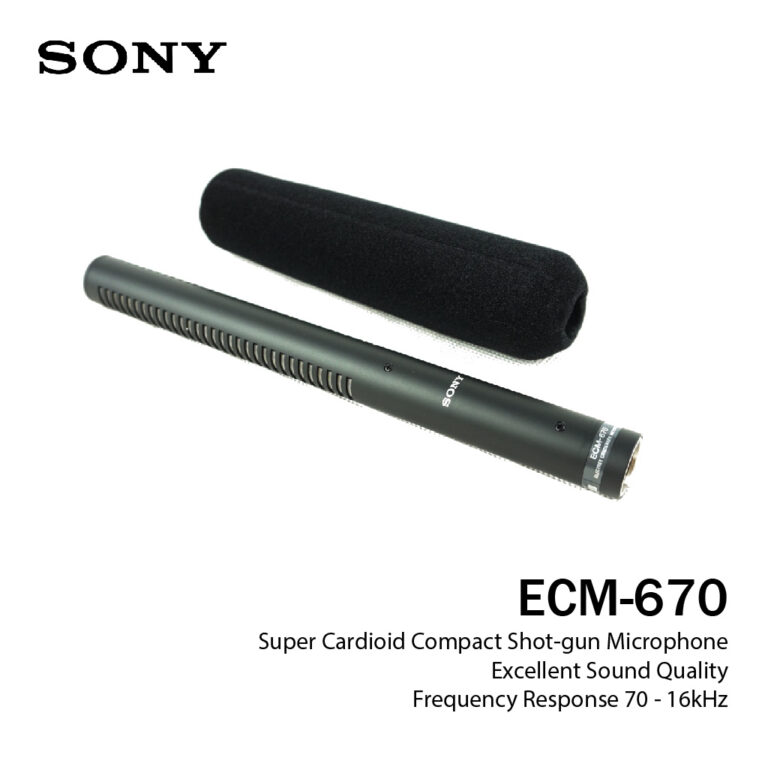 The ECM-670 is a compact ‘shot-gun’ microphone designed for location video production applications. Its has a highly directional response, allowing the microphone to be used for voice pick-up in noisy environments. It is highly robust and can withstand years of use ‘on the road’.

Maximise the quality of audio pick-up on location

The ECM-670 is a ‘shot-gun’ style microphone and is simple to mount on a microphone boom with a wind shield.

The ECM-670 has a good frequency response and high sound pressure handling. The integral Low Cut Filter, allows a simple method to reduce the affects of environmental noise.

The ECM-670 can be powered from an external power supply ranging from 12 to 48volt.

The ECM-670 balances the need for a compact size with it’s polar response, the result is a high directional microphone that is only 226mm in length. Its light weight, only 165g, reduces operator fatigue.

The ECM-670 has been designed for the rigour of location recording.